Before, during and after pregnancy 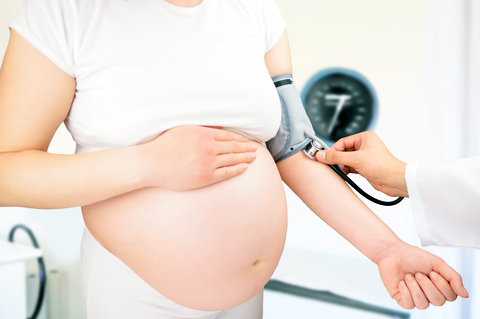 In the presence of a kidney disease, pregnancy should be considered at risk and kept under control through a close collaboration between the family doctor, the nephrologist and the obstetrician gynecologist in order to ensure the best possible evolution for both the mother and the fetus. It is equally important that patients known for kidney disease are informed of the risks they run so that they can plan for conception and benefit, if necessary, from a therapeutic adjustment.

Dr. Ferrier-Guerra has done most of her research on hypertension and kidney disease in pregnancy. She is regularly invited to share her knowledge in this particular area of nephrology with her colleagues, family doctors and obstetrician gynecologists during conferences or educational events. She collaborates in full compliance with the principles of multidisciplinarity with numerous doctors, both in Ticino and in the rest of Switzerland. In particular, she has developed a close collaboration with the Frauenklinik of the Universities of Bern and Basel. In addition, Dr. Ferrier-Guerra has numerous international contacts that allow her to seek advice from the leading experts.

Her consultancies are for women:

Dr. Ferrier-Guerra holds a Master of Advanced Studies in Healthcare and Social Care Management (Net-MEGS) and has carried out her master’s thesis on the ISO certification of the Nefrocentro.

She is available to her medical colleagues and to health and social care facilities for specialized consulting and educational activities.

You can find out more about which cookies we are using or switch them off in settings.

This website uses cookies so that we can provide you with the best user experience possible. Cookie information is stored in your browser and performs functions such as recognising you when you return to our website and helping our team to understand which sections of the website you find most interesting and useful.

Strictly Necessary Cookie should be enabled at all times so that we can save your preferences for cookie settings.

If you disable this cookie, we will not be able to save your preferences. This means that every time you visit this website you will need to enable or disable cookies again.